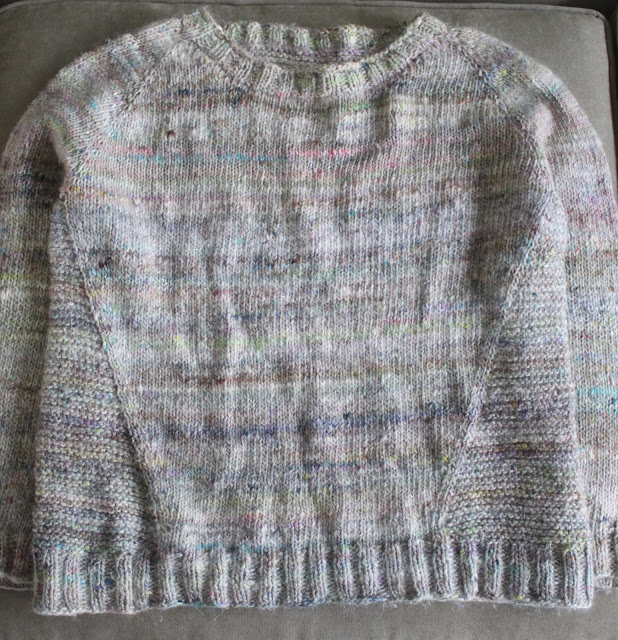 ('Going to try to catch up on posting recent makes starting with this one as I've been loving it the most in these early weeks of spring.)

The success of this make was about being patient with pattern and yarn selection and realistic about fit and style.

I first saw it as a test knit on Ravelry, months from its release. I was eager to start on it though so I worked up an improvised pattern of my own and started looking for yarn.

A top down pullover, with a garter stitch back flowing forward along the shoulder increase line over a stocking stitch front, seemed simple enough to work out. 'Trick is though, to successfully manage the differing row gauges of those front and back sections.

Fortunately, as I worked at the math for my version, Isabel's pattern came out and I bought a copy right away. What a great decision. The pattern is simple and fun to work where my own would have needed constant thinking and attention.

Of course I still wanted to cast on ASAP but I kept my eyes open to find just the right yarn.

Then at the DKC Knitter's Frolic, it was standing right in front of me. I was chatting with Emily Foden (phenom indie dyer violaemily of viola yarns) I couldn't take my eyes off the pullover she was wearing. She'd knit it up in Noro Solo in a colourway I'd admired at Romni weeks earlier but never thought of for Daelyn.

Well I bought that Noro at Knit-O-Matic the next week (no one had it for sale that day at the Frolic.) I was warned to expect stretching and a lot of drape with it. Since I also wanted a tidier, less slouchy fit than the pattern I took that advice, then went one step further and cast on a size smaller than what I'd normally make. 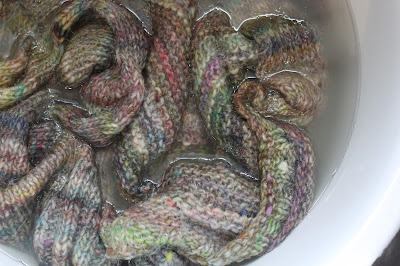 It was great advice about the yarn. Great drape and a it does grow as you wear it. It needs a bath to bring it back into shape often but it is totally worth it. This yarn in this colourway is magical. 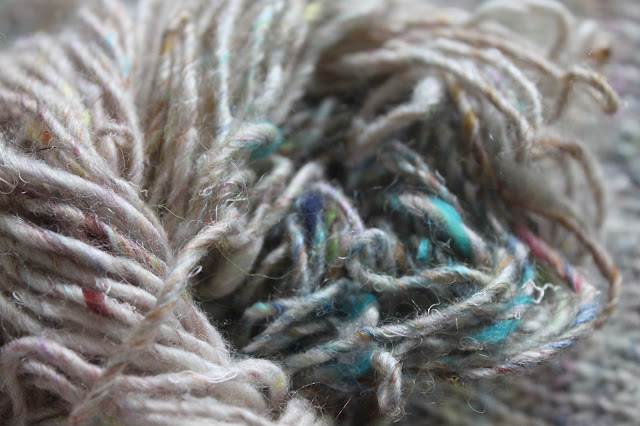 Shiny silk and fuzzy mohair somehow carry a rainbow of crazy bright and florescent and natural earthy colours. They pop out of the background as they come into view, while knitting and seem pretty perfect for a clown costume of some sort...

From a distance though the look morphs into more of a  springtime-soft-go-with-anything... 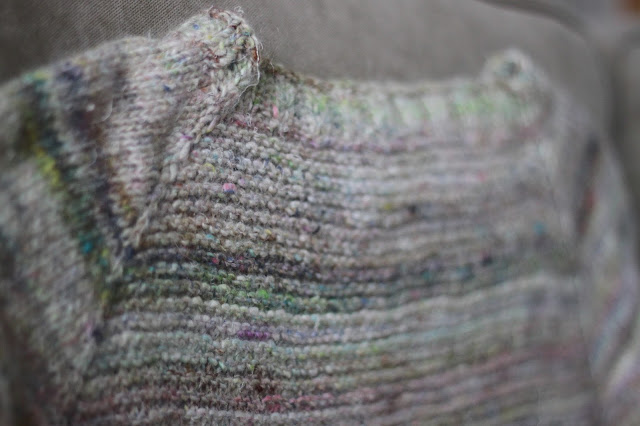 The pattern's short rows accommodate the varying row gauges perfectly. (Did I mention there is little chance mine would have done so?) Most wonderfully, the line of paired increases between front and back sweep forward to perfectly connect with the 2x2 ribbing around the bottom. 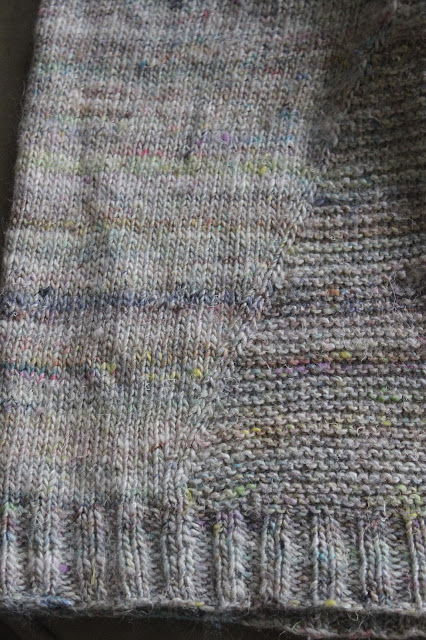 Before you get to that ribbing there are more short rows - a few for row gauge and a few more to give a longer back to the piece. I omitted these latter ones to give me an even hemline all the way around.

The longer back really suits the styling of the pattern which is a longish, loose, super relaxed and looks amazing in the pattern photos but I know would just look a mess on me.

So not only did I omit the longer back but I also stopped short of the recommended length. Mine is a more square, tidy Daelyn that just reaches my hip bones - better styling for me.

In the Noro Solo yarn it's also a light weight knit perfect for early spring, late summer, early autumn. It is great on its own (as I'm wearing it today) or over a t-shirt and feels comfortable against the skin. During the winter, on less bitterly cold days, I like it over a blouse.

However I wear it (and I wear it a lot) I love how it turned out.

Also love that...
Mostly though, I love living in Toronto - with so many great yarn shops, inspired/inspiring knitters and a climate that lets me wear knits for the majority of the year.

Posted by Sel and Poivre at 10:09 2 comments: Links to this post