On the flip side of the little surgery yesterday that I'd been dreading for the longest time, today I'm back at home with mindless knitting...

Quite comfortable, thanks to My Beloved working from home today keeping an eye on me/wearing his nursing "hat", the marvels of modern pharmaceuticals, the wonders of icing and deep breathing/coughing exercises to clear my lungs of residual anaesthesia.

I've even got a yummy selection of Post Op Food I prepared earlier in the week.

Now we're just back from a little toddle down the street I took on My Beloved's arm.

'Hard to remember what I was so worried about.

Have a great weekend...if this keeps up I sure will!
Posted by Sel and Poivre at 16:45 2 comments: Links to this post

Well two hands knitting colour work in the round sure do! 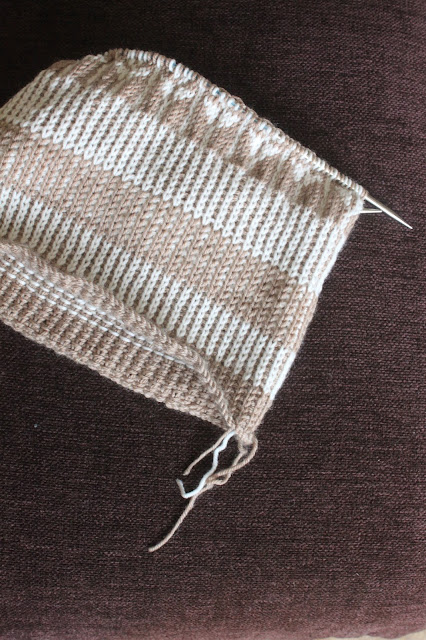 Especially with the corrugated ribbing plus you get perfect tension on the floats without having to twist the yarn for colour changes.

There's the softest hint of shell pink in the lighter colour... 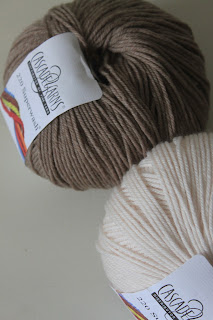 This pattern is "Flying Geese" by Peg Blechman and its intended for a Syrian woman who will arrive here in Toronto in coming days with her husband and five sons.

I thought these soft colours would suit the early spring season (that will still feature many cold days) while a deep, wide cowl  that can be pulled up over the head will accommodate a head scarf where a hat could be a bit tricky.

'Trying to put this one to bed today/tonight as I've got a deadline for its' delivery and tomorrow I've a bit of minor surgery scheduled. In my post anaesthesia/pain medicated fog over the weekend I want to indulge in knitting the rest of the hand spun yarn I picked up in Buenos Aries last October. 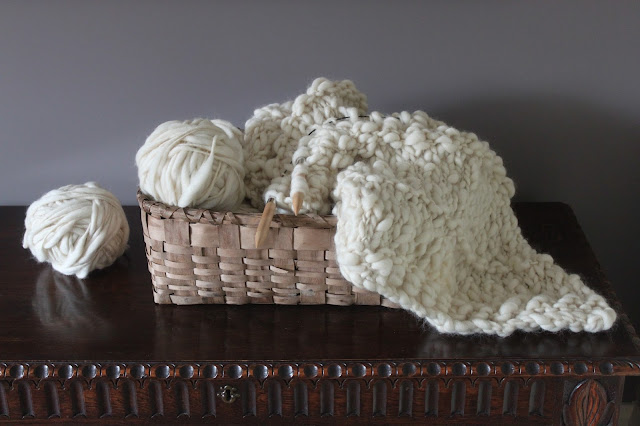 And guess what I found...a whole bunch of comments from recent weeks that for whatever reason stopped automatically moving from the comments section of Blogger to my email box.

What a treat to find them, and to be lucky enough to have readers who leave them.

Thanks for taking the time to comment and for dropping by today!
Posted by Sel and Poivre at 14:12 2 comments: Links to this post 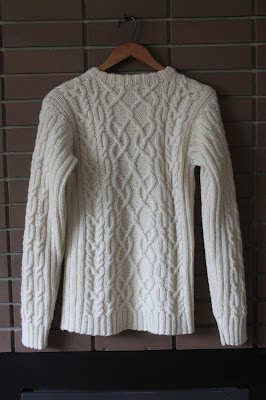 ...'Glad to see the "back" of this one both hanging up and now en route to London about 5 weeks after casting on. (I was originally hoping to be done in 2. That's all the actual knitting time it took but fiddling with size, shape and stupid errors born of knitting tired/distracted made it seem to drag on and on.) 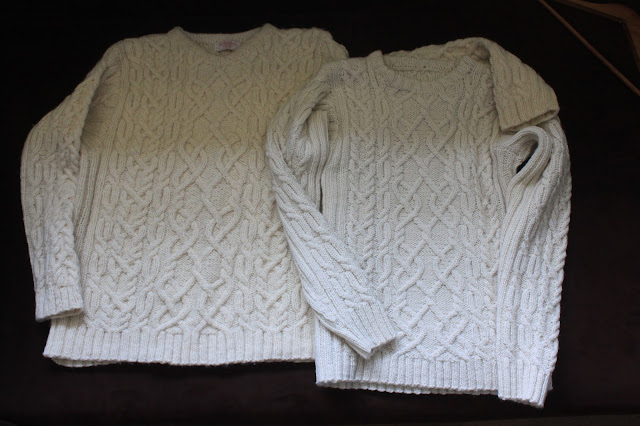 In this version I wanted the same amount of ease (+4") but for a more narrow frame (36" chest vs 42").  So I omitted the outermost cable either side of front and back.

The overall length is 2 1/2" shorter and the sleeves are less deep at the shoulder by about 2".

I really think set in shoulders suit the sweater better than the drop shoulder of the pattern so again I planned and did attempt top down, short row shoulders. But I just couldn't focus on it and kept getting unsatisfactory results so ultimately I worked the sleeves bottom up and set them in.

Btw this is an excellent tutorial on calculating set in sleeve decreases.  I didn't actually use the approach, rather just copied the shoulder shaping of the sweater but it really is a great "how to". 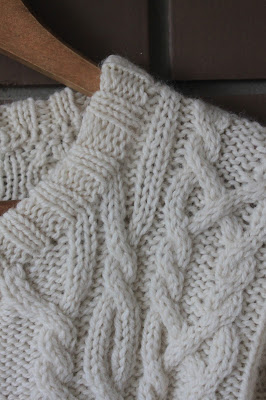 ...'Love the ribbing appearing to flow from the collar, become cabled, then return to ribbing again... 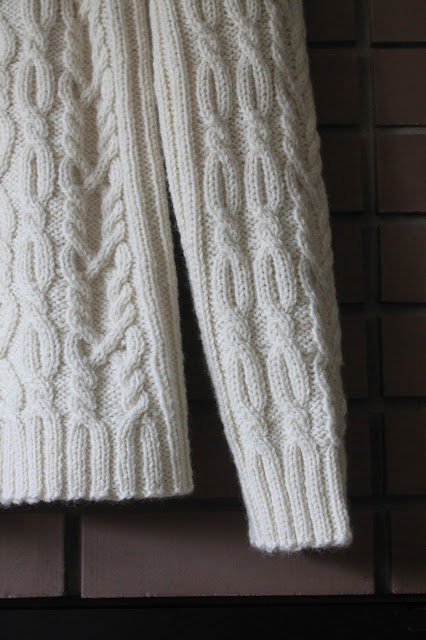 Also love the cables neatly meeting at the shoulder seam and the tidy, classic line of the set in sleeve. 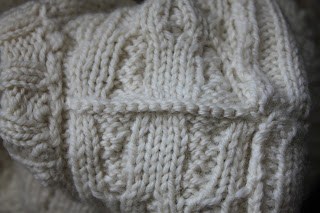 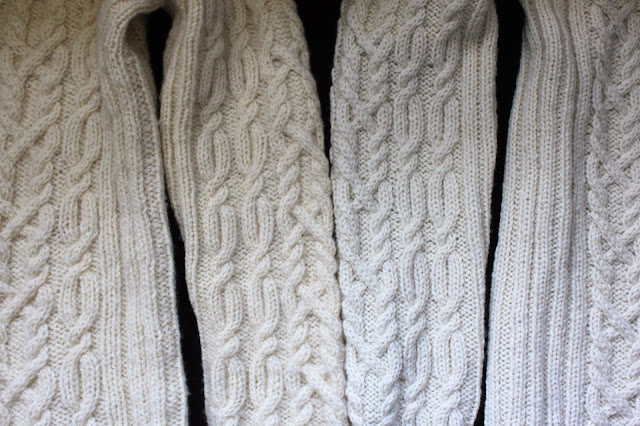 Finally, for two natural, Aran weight sweaters, knit on the same needles to the same gauge and with the same basic pattern you wouldn't believe how different they are. The Juniper Moon Farm yarn was "Minimally Processed" and by comparison this New Zealand Naturelle feels like super wash wool stripped of its essential wooliness.


On its own that's not the impression the sweater gives but comparing version one with version two the difference is profound.

My Beloved's functions really well as an outdoor-weight piece. When you pick it up if feels like it might well stand up on its own if you let it. This second one is softer, drapier, lighter weight with little to no halo even post blocking. It could work outside in the UK where its headed but wouldn't stand up to Canadian cold the way the less processed one does. 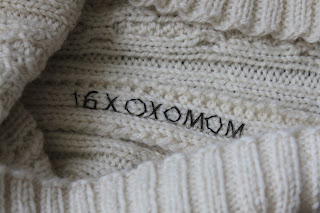 Since I wasn't able to try this on the kid I included generous seams just in case its too snug. To keep them behaving I tacked them all down and pressed them quite flat post assembly. (I couldn't resist adding a little date, message and signature on one of the side seams.

So a pressure-filled project comes to and end but with two questions still remaining...
I'd cross my fingers in the hopes those things work out but they're busy knitting another time-sensitive project - my second Syrian Refugee donation - this one requested by one of my aunts for a family set to arrive this week.

Onward!
Posted by Sel and Poivre at 09:14 4 comments: Links to this post

Darling Daughter's birthday was earlier this week and I made her a stash of healthy, grab and go, Breakfast Bars 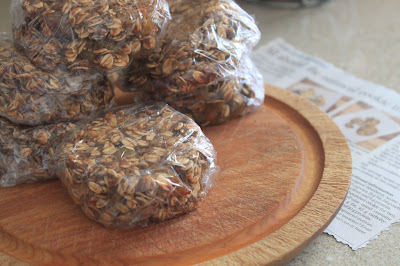 In other words - extra time in the morning for her to sleep/get ready rather than prep/eat food as she can just take these with her in the car.

I made a sample batch, pledging to tweek the recipe to her taste then keep her in an ongoing supply.

A bento lunch bag was my idea for wrapping the bars up for giving and I had some natural linen on hand I'd cut off curtains I recently hung in the living and dining rooms.

Off to YouTube I went and found 7 minutes of clear, concise instruction. (The lack of English doesn't even matter!) How do you like the way she sews that thing up?  'Talk about saving time - I couldn't get the machine out in the time that woman takes to stitch her sample to completion. I tried the same approach and it really was quick without hauling out the machine.) 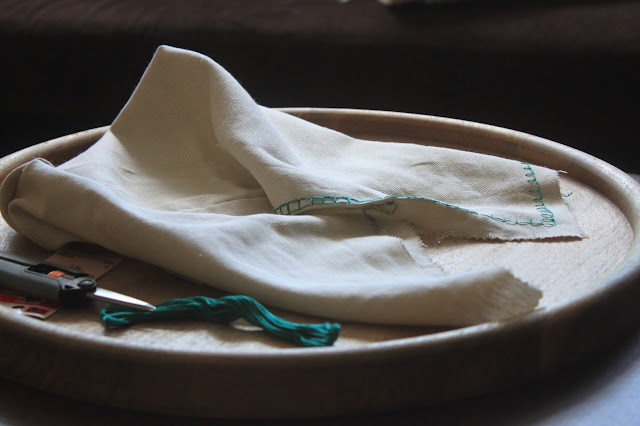 Once Darling Daughter confirmed she liked/would use the bag I started working a decorative hemmed edge around the opening. No sense wasting time on something she didn't really see a use for.

While she likes the bag - she's not so keen on the boxy hem stitch so I'll have to try something else.

Btw I think the cake I made for her is the ultimate Birthday Cake - Jamie Oliver's Hummingbird Cake. Jamie suggests you "bake this thing and get it in your gob". 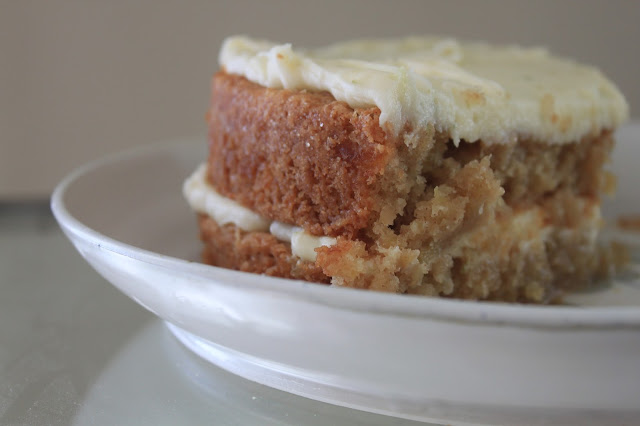 The batter contains multiple bananas a can of crushed pinapple and pecans, the cream cheese icing features lime juice and zest but I'd describe the flavour as "Cake"!

I make a lot of cakes and this one, although not much to look at, is the most delicious, well received I've ever served. It's somehow simultaneously, light and tender yet decadent. Just look above at how those big clumps of cake are hanging off the cut edge despite how super moist and lux the thing is.

A word of warning though - if you're thinking of trying this one and getting it in your "gob", take your time - it doesn't look fancy but this one demands care at every step. 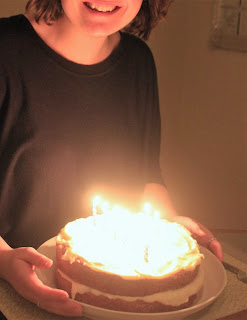 I probably spent the time I saved making the Bento Bag baking the cake but sooooo worth it - just look at the smile on the birthday girl's face!

All of it took time away from cabling...

Onward!
Posted by Sel and Poivre at 14:26 3 comments: Links to this post 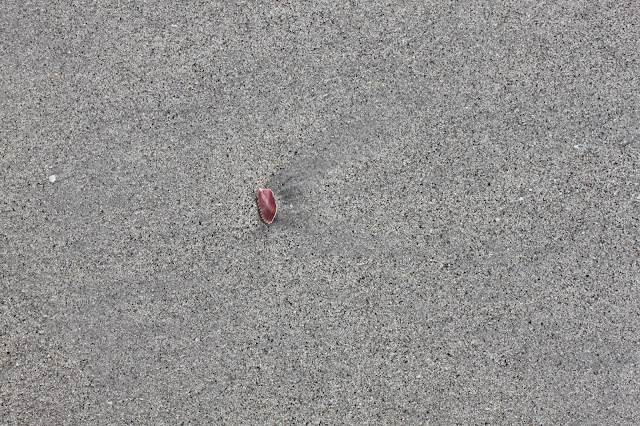 I've been to Florida since we've "chatted" where it was perfectly chilly enough to allow lots of work on Shearer II so that front and back are now joined with a finished collar and I'm in the home stretch.

After a few attempts at starting the sleeves top down though I bailed on that idea on Sunday. My brain is exploding with ideas for 2016 and as I knit I can't seem to sustain focus on simultaneously sorting out the details of the short row shoulders amid the cables to produce something I'm happy with. 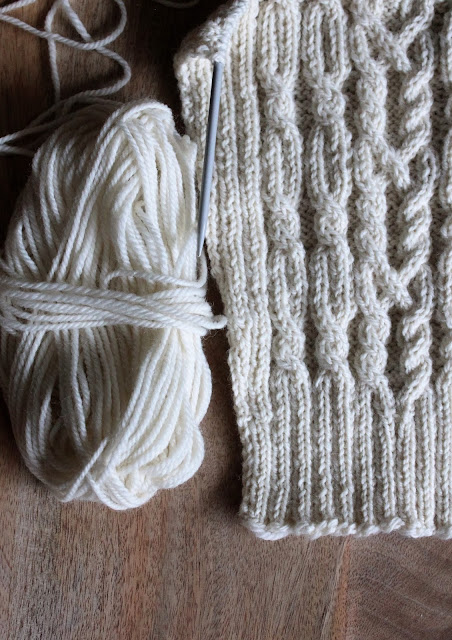 So down to the cuffs I went and up sleeve one I go very much spurred on this morning by a post by Karen Templer on her desire for the perfect Cabled Pullover.

By the time I'd left an essay of a comment I'd suddenly found the love for my pressure-driven WIP! Thanks Karen! 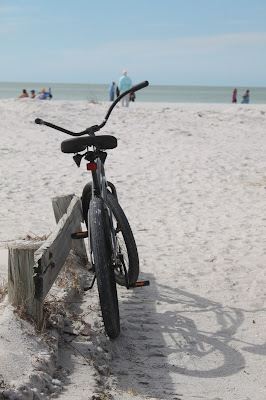 Posted by Sel and Poivre at 10:24 2 comments: Links to this post